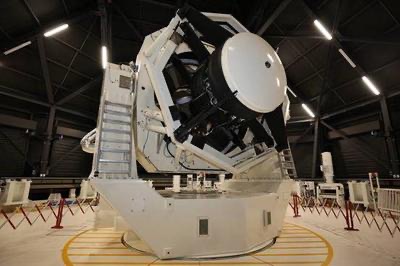 Dan stepped out of the lift ready to start his second day at SPOCOMD. He’d arrived early to explore the top floor and get his bearings. There was a strange energy in the air. STAR Group, the Space Branch staff and the project managers in SPODEV seemed to be fretting. He found Alli in her office sipping coffee, looking exhausted. ‘Good morning… are you okay?’

‘Just a little tired, and wired… twired,’ her concentration drifting before snapping back. ‘Last night the Space Surveillance Telescope identified a co-orbiting spacecraft behind AusSat 2, one of our sovereign satellites. Their orientations were matching so the mystery bird’s shadow was blocking AusSat 2 from charging properly. We mightn’t have noticed otherwise.’ Alli explained that AusSat 2 had been quarantined and SATOPS was rerouting its circuits to AusSats 1 and 3 until physical compromise could be ruled out. ‘The good news is our crypto is post-quantum, but we’ll still need to confirm which users its sensors would have geolocated.’

‘Whose would it be?’ Dan asked.

‘Hard to say. It’s the Wild West up there. The commercial space sector is developing faster than international norms, let alone laws. There’s a number of known syndicates that thrive in the grey zone between legal and illegal.’

‘So, what does that mean? Are there consequences for this kind of thing?’ asked Dan, still new to concepts like hybrid warfare and astrosubterfuge.

‘Sure,’ she said. ‘There’s stuff happening…’ Before she could finish SPOCAUST appeared in Alli’s doorway.

‘G’day COFS, and Dan I presume. Mind if I steal him?’ Air Vice Marshal Rockwell asked Colonel Becker. Dan looked to Alli as he stood up, fumbling his notepad. ‘Of course not, sir. See you later, Dan.’

‘I’m off to see the CDF, but wanted to get you thinking in case I’m max q for the rest of the month.’ Rockwell explained Australia’s modest contribution to NASA’s astronaut program as they walked towards the lifts. ‘It’s been ad hocto date. We joined Artemis in the late ‘20s once the US had recovered from its troubles. We had a small shelf of talent ready to go, but now the shelf is bare so we’ll need to start growing talent if we’re going to join the Mars mission.’ As the lift arrived on the ground floor, its backside opened revealing a tunnel towards R3. ‘First we need to make our contribution sustainable and this is where you come in. Government has agreed in principle to establish Operation Kubbadang on a shoestring budget. It’s Australia’s contribution to Artemis… basically a start-up.’

Dan was beginning to understand why he was there. ‘So you want an entrepreneurial culture?’

‘Look, this is an imperfect organisation in its infancy, so I’m sure we can fix some bugs. Take our current astronaut candidates, for example. They’re developing a culture of working harder not smarter. As a dead Prussian would say, clever and lazy beats stupid and diligent. Frankly, our younger candidates lack willpower, and the older ones lack creativity.’

Dan’s concern eased and his mind buzzed with ideas. Coaching for ego depletion to improve willpower. Trigger and traction cognisance to improve creativity, he thought. ‘What about risk tolerance?’

Dan paused. ‘What about courage to falter… and learn?’ Rockwell dwelled on the idea. The unit motto in the foyer sprung to Dan’s mind. ‘Knowledge dispels fear.’ Rockwell stopped in the tunnel as his attitudes started to shift. ‘You’ll fit in well here, Dan. Welcome to the team. Do you have any questions about what I need from you?’

‘It’s the man of hour!’ exclaimed Squadron Leader ‘Freak’ Hopper as Johnny returned to AusSpOC from crisis talks at SATOPS. ‘Hardly, sir! It was Vinnie’s catch,’ insisted Johnny. Freak had been an Air Force Communications & Information Systems Controller in a previous life, but commissioned when the RAAF established its Information Warfarestream in the mid-‘20s. These days, he was an operations planner in the Joint Electromagnetic Spectrum Operations Centre (JEMSOC) at HQJOC. ‘How is SATOPS?’ he asked.

‘Tense. It reminds me of Chief of Joint Capabilities’ takeover at Anzac Park West,’ Johnny said, stirring Freak’s nostalgia for what had once been Defence’s Chief Information Officer Group (CIOG).

‘Oh dear.’ Freak paused for a moment as he reminisced days of yore. ‘Perspective’s a funny thing. I see now it makes sense for the Information Domain Lead to be accountable for Defence’s networks.’ What have I done, thought Johnny as Freak continued. ‘Having a military officer in charge has certainly improved how we generate decision superiority, but it must’ve sucked for the CIO to hand over that important title to the old FAS ICT Delivery. Then again, I guess there are lots of important band-twos/two-stars… the Chief Technology Officer… the Surgeon General… the Judge Advocate General…’

‘Ahh, good times,’ Johnny said, trying to move on. ‘So what’s the big deal about this Apogee mission?’

‘I thought the Apogee mission was to Daedalus Crater, on the equator. That’d be a few thousands kilometres from the poles, yeah?’

‘True, but they’d be playing the long game. They’ve already mastered fabrication from solar micro-smelting. They’ll be able to make as much steel and concrete as they want, unobserved, so long as the sun shines. And there was something else about helium, but not the type that makes ya voice funny…’ said Freak, testing his memory.

Suddenly the doors opened. In streamed the JEMSOC Director, AusSpOC Director, Group Captain Stephens and Doctor Bol. Director AusSpOC summoned Freak and Johnny to join the others in the AusSpOC planning room.

As the SCIF doors shut, the AusSpOC Director began his briefing. ‘LUNINT indicates that the Apogee lunar mission threatens the Artemis Moon Base at Shackleton and that the co-orbital threat discovered yesterday is a possible diversion. Negotiations with Apogee have stalled, so we’ve built them a golden bridge to retreat across. The Prime Minister has just met with the UK PM and the President of the United States in an emergency teleconference where they agreed to the Tidbinbilla Plan. It’s now over to CSpOC to lead.’

‘Woah… we’re firing at the Moon…’ thought Johnny, the shock evident on his face.

‘As you’d expect, Artemis is no-fail—we’ve got the Space Agency and NASA’s backs on this one—so the engineering and rehearsals this year haven’t been a waste.’

‘What about the CDF, sir?’ asked Freak.

‘We have her imprimatur,’ replied Director JEMSOC.

Director AusSpOC continued. ‘Handoff will be synchronised by CSpOC, but they can’t monitor the latency between UKSpOC and us, so we’ll need to stay alert for any interruption in fires.’ The Australian Space Control team had to ensure that their signal was perfectly synchronised with that of the US Space Force team operating at Goldstone in California, and then again during the handover to the Royal Marines at Goonhilly in England. The complexity of this could not be understated and needed to account for Doppler shift caused by the Earth’s rotation, and repeated every eight hours for as long as necessary. ‘We’re buzzer on in 20 hours, folks.’

Asim looked to Stephens. ‘But does Tidbinbilla know?’

Stephens read the dissatisfied look on Bol’s face. ‘Go to the dish and keep me updated,’ Stephens told him.

Director JEMSOC overheard the exchange. ‘Take Warrant Officer Farnham with you too, Doctor.’