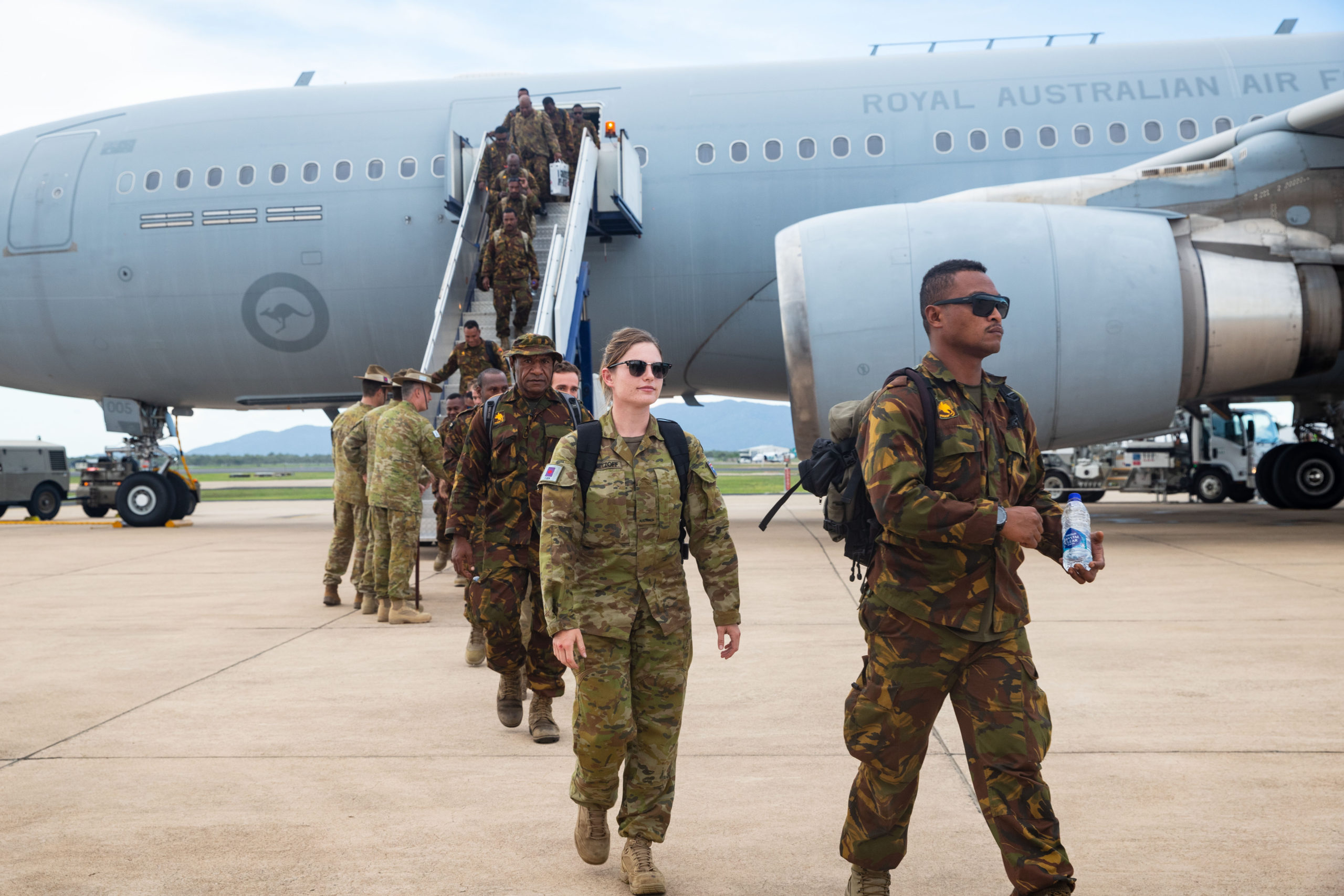 Samuel Cox (SC): What does the role of a Defence Advisor (DA) in a High Commission entail?

James Kidd (JK): I consider the High Commission a whole-of-government team or joint agency taskforce. It follows that the DA ensures that Defence is represented within that team and is meaningfully contributing to the broader Australian mission in Papua New Guinea (PNG).

DA’s are responsible for managing a partnership and a relationship on a day-by-day basis. That requires character and people and communication skills rather than rigid adherence to process and doctrine. My background in the Special Forces has required me to work with small teams with adaptive structures and a flat hierarchy, where cultural literacy and strong people-to-people links is essential.

This is much the same as a DA where you spend a lot of your time moving amongst and in conversation with the host nation. Much of my most productive work is done sitting under a mango tree at Murray Barracks with senior PNG Defence Force (PNGDF) officers; listening to them and their views and asking open-ended questions about how they think about the world or particular problems they are facing. This helps inform me where the PNG-Australia partnership might be able to assist or enable.

SC: The Pacific Step-up is a whole-of-government initiative, but the Department of Foreign Affairs and Trade has the lead. What is the ADF contributing?

JK: The 2017 Foreign Policy White Paper, which initiated the Step-up, begins by establishing the first principles of greater engagement and greater connectedness between Australia and our near region. The ADF was already doing many of those things here in PNG so for us the ‘step-up’ has largely been about emphasis and value.

Our budget has increased, and we’ve expanded our ambition. For example, we’ve re-engaged with the PNGDF Air Transport Wing (their equivalent of an Air Force) after many, many years, and we provided Guardian Patrol Boats under the Pacific Maritime Security Program (PMSP). However, I believe the biggest contribution Defence has made to the Step-up is reflected in the signals the CDF and SecDef have sent regarding the people we are sending into the Pacific. We’ve started to select younger people with younger families. Younger families become part of local communities in the Pacific and younger officers should, theoretically, be able to bring their Pacific networks back to Defence. I think, and hope, that this will also lead to new energy and greater competition for these important roles.

SC: Grounded Curiosity’s readers are the junior leaders who will command the future Army. What do you want them to understand about the PNGDF?

JK: We should approach the PNGDF as a partnership rather than a relationship. A relationship can be a bit binary, whereas I think a partnership refers to invested equals learning a lot from each other. I would encourage our ADF to treat the PNGDF as a true partner whom we listen to and learn from as opposed to always teaching and telling them things. They’ll always be open to that, but I think we’d be collectively surprised by how much we can learn from them.

SC: What advice would you give to young Australians looking to pursue a career in international affairs?

JK: Anyone can become a specialist; it’s easy to get very deep into your own field. It takes a lot of hard work to be a generalist. Seek to broaden your experience as much as you can and appreciate how the world looks through other people’s eyes.

To do that, you’ve got to come to grips with culture; both the culture of other nationalities and the organisational cultures of other government departments. Improving your cultural literacy like this increases your ability to communicate and turns you from an observer into a participant.

About the Author: Samuel J. Cox is the editor of Grounded Curiosity. Find him on Twitter.