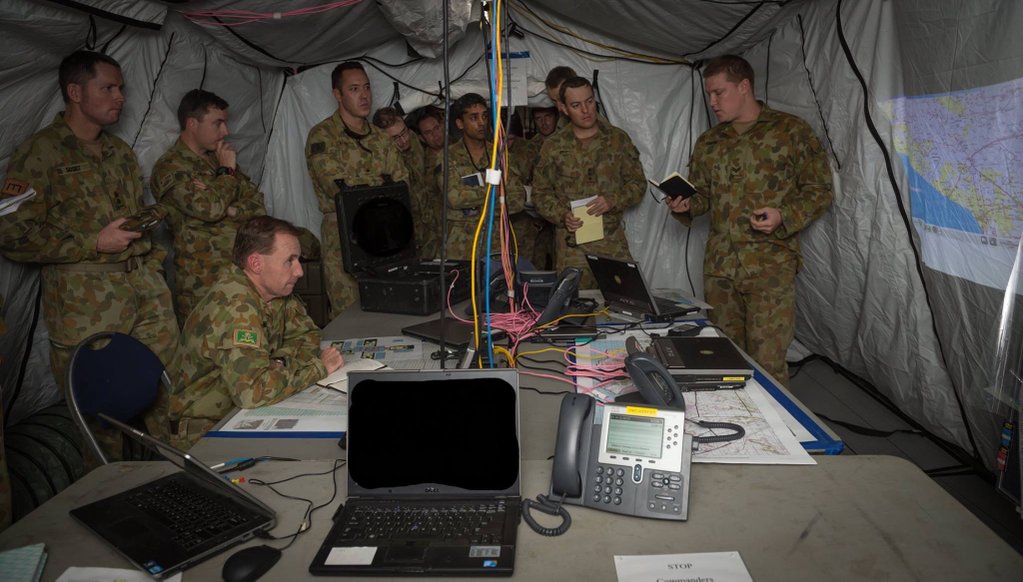 This case study by Brigadier Mick Ryan links to a series on Grounded Curiosity about the Chief of Army Scholarship Program and highlights the opportunities at John Hopkins SAIS through the Army Strategic Scholarship.

Williamson Murray has described the profession of arms, and in particular the demands of military leadership, as the most intellectually demanding of all professions. Through nearly three decades of military experience, this is something that I can attest to.  And while I would not describe myself as an intellectual, I do at least aspire to practice the art of being what Huntington called the ‘soldier scholar’.  It demands a total commitment to learning about and practicing the art, the science, the culture and values of our profession.  This commitment – possessed by many of us – saw me seeking out new experiences and educational interventions, regardless of location.  So when I found myself in Washington DC for a posting on the US Joint Staff, a range of different opportunities presented.

As the potential for War College arose, I found myself in a unique learning environment where military, media, academia and think tanks converge. A myriad of learning opportunities were available in Washington DC.  But perhaps the most challenging was attendance at Johns Hopkins SAIS.

I had long aspired to not attend a military war college.  While there were obvious benefits of a military war college, especially in networking, I felt that I needed exposure to a wider variety of views and experiences than would be available at a military top level school.  And I wanted to be pushed and challenged intellectually in a way that I did not feel our higher level schools in the Australian Defence Force would provide. So I applied for and was accepted into Johns Hopkins – it delivered on my hopes and aspirations in spades!

While the standing of this great school and the high quality academic staff are well known, one of the unanticipated delights was being part of a cohort of some of America’s finest young people, mostly a decade (or two) younger than me.  I had thought that my fellow students would probably not be too interested in associating with ‘an old bloke’ doing his one year Masters program.  And frankly, I did not really appreciate how beneficial my association with these younger students would turn out to be.

But my fellow students, the vast majority in their early to mid twenties, where quick to embrace me.  More importantly, they possessed a range of different backgrounds and views, often very different to mine.  They, like SAIS academics such as Eliot Cohen and Tom Mahnken – challenged some of my long held views on a range of topics, and forced me to look anew at the new generation of young people – Millennials all – who were demonstrating early in their lives a commitment to intellectual excellence and the study of national security. If ever there was a point in my life when I thought that ‘our country is in good hands with the next generation’, it was during my time at SAIS.

The year I spent at Johns Hopkins SAIS was one of the most enjoyable of my life.  The intellectual stimulation, the ability to jump into areas of study that had not previously been part of military education and to get to know staff and students from America and across the globe was a priceless learning opportunity, for which I will be forever grateful to the Army for.  And perhaps the only thing that tops the joy of learning I experienced there is knowing that this is now an opportunity which our Army has decided more of our officers should experience through the Chief of Army Scholarship Program.