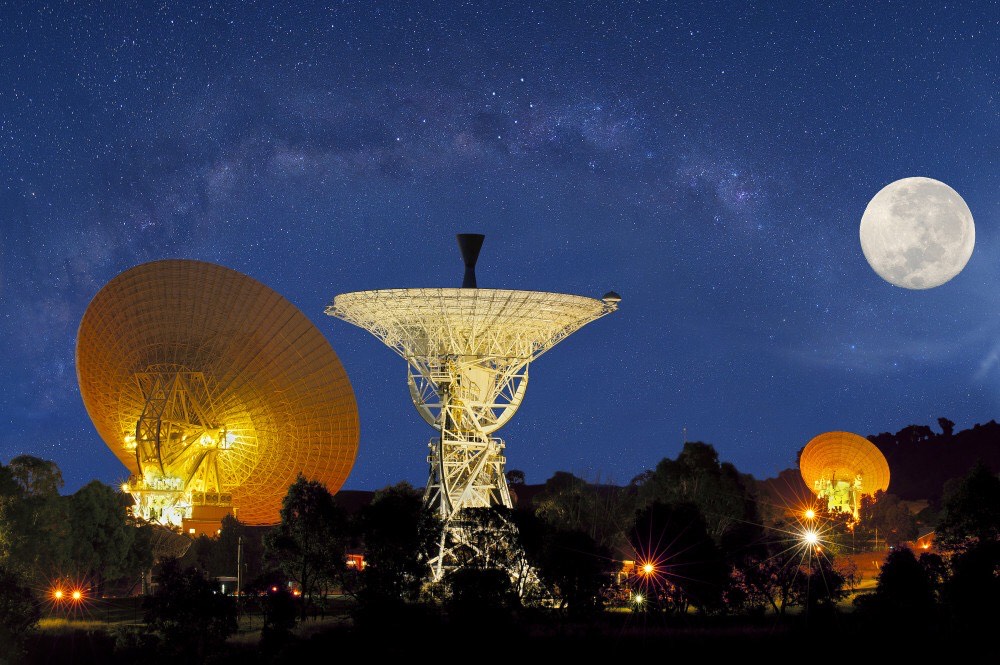 The group of fresh Grads poured through the doors into the double foyer of the new R9 – where the old Australian Security Intelligence Organisation building had previously stood. It had recently been built as the high-security home for Defence’s advanced and strategic capabilities, including the headquarters of Space Operations Command. Unit flags lined the rear ceiling. The motto on one caught Dan’s eye. Knowledge dispels fear. Stunning images of solitude adorned the sidewalls as testaments to the human spirit, fronted by war relics on the right and space debris on the left, conjuring a sense of invincibility. The riot of colour was a stark contrast to the gloomy Canberra morning outside.

Despite his cold, damp ankles unprotected by his coat, he savoured the moment. After all, not just anyone gets to see inside SPOCOMD.

‘But seriously, the boss isn’t around today. He’s had to step up as Acting SPOCAUST, which means I can spare a bit more time to show you around. The COFS wants to meet you straight after lunch, so let’s grab a brew and head to a meeting room. I’ll give you a run-down on the Command’s structure, explain the roles of DG SPODEV, STAR Commander, DG Space, et cetera.’

If only my intelligence augmentation were allowed in the building, he thought.

Despite the fire hose of information he was being fed, something told him the novelty would last.

They walked towards the café adjacent to the foyer. ‘You look like you need a coffee,’ Broadhurst said, turning to the barista. ‘Two Milky Ways, please mate,’ he said, swiping his wrist chip on the counter. Dan turned to the window and gazed through the one-way glass. The rain had eased. Two white SUVs rolled across the retracted bollards and parked in the guest lane. Two men stood in the drizzle as they waited for a middle-aged woman. Broadhurst appeared at Dan’s side with a pair of Green Caffeen cups.  ‘Uh oh, the Space Agency’s here. What have we done now?’

It had been a busy series of months at HMAS Harman. The United Nations, through the International Telecommunications Union, had negotiated the realignment of dozens of satellites in Geostationary Earth Orbit under an initiative known as the Radium Redistribution. The realignment would enable the number of satellites in GEO to increase before the original slots got too crowded. This had been made possible by advances in antenna technology and the advent of on-orbit servicing. In the GEO belt, this meant physically moving satellites up to one thousand kilometres sideways through space to their new positions. To do so, syndicates of satellite owners had agreed to contract the services of commercial space re-suppliers.

For the Satellite Operations team of Defence’s Information Warfare Group, this meant herding all Government satellite communications users off Defence-owned or leased satellites during their repositioning. At Harman, the Joint Communications Watch Officer (JCWO) supervised as technicians assisted deployed users. One such user had made the mistake of asking the Satellite Operations technician about the origin of the project’s name. A New Zealand Signals Corporal, Mateo, explained enthusiastically. ‘We used to park satellites every 2° around the equator. Any closer and they’d interfere with each other, you see? But by putting them 1.6° apart, the belt can fit two hundred and twenty-five – the atomic weight of Radium!’ He paused in excited anticipation. The line was dead. He reviewed the Circuit Details Register on his screen and called for the JCWO.

‘Are you sure they didn’t just hang up on you?’ asked the JCWO.

‘Unlikely! I was just explaining…’

‘How are the link budgets?’

‘Is it matching the noise floor?’ asked the JCWO.

Knowing the technician’s penchant for melodrama, the JCWO proceeded with caution. ‘Hmm… I’ll call Lot Fourteen.’ He walked back to his workstation and dialled the ADF team inside the Australian Space Mission Control Centre. A Flight Sergeant appeared on the screen in front of the SATOPS floor.

‘Good morning, Harman. You noticing a problem on AusSat 2?’

‘We’re looking into the power supply now.’ The Flight Sergeant paused. ‘That’s abnormal. Battery performance has deteriorated since it was repositioned.’

‘Do you think it might’ve been damaged during the manoeuvre?’ the JCWO asked Mission Control.

‘Unlikely,’ Vince explained. ‘It’s charging throughout its lit period except for the hours around its noon.’

‘So, it’s not charging properly?’

‘Well, yes. I mean, no… The loss just means that daily output is exceeding input so the power supply’s getting dirty.’

The JCWO was recalling his satellite design theory as best as he could. ‘But doesn’t that mean there’s something wrong with the solar panels?’‘Doubtful. It’s as if something’s…’ The call ended abruptly.